We are the dream team

and we can put the strategy into action!

is the average of traced trips a day in our platform

is the average of processed events/data points a day

We are a SaaS company focused on B2B, recurring gain and exponential growth model. We have as a purpose to convey useful information in real time, in order to make people control their business minimizing costs and risks. Composed of more than 274 subcontracted installation stations in Brazil and activities 24 hours a day, 7 days a week, Quatenus perform national assistance and in four continents (Europe, America, Africa and Asia), handling more than 65 sectors in different markets.
Since Quatenus has Software Engineering capacity, lean structure and no need of in-situ implantation at the client, it has been in the spotlight in big businesses in Brazil and in the media. Besides, Quatenus is going to be national reference in terms of telemetry in three years, with a very attractive staggering model.

Potential market of
90 million of vehicles in Brazil

With a lean structure and a high-performance team on financial management and sales conversion, Quatenus has developed strategies in order to grow fast and economically sustainable.
More than 80% of our earnings are focused on companies, with recurrent gain and a Software as a Service (SaaS) model.

Software as a Service

Customer information security starts at the choice of company and staff. Because of that, we believe that, more than having the best people of the market, we need to have the best team.

is the annual
staff turnover

Out of 100 candidates,
only four join us

Out of 90 million of vehicles in Brazil, only two million are traced by the market. Besides, there are 244 million of mobile devices connected to the internet in Brazil (laptops, tablets and smartphones), opening up even further the opportunities in this market.

of the clients say
the software is excellent

Top 1 in Brazil in
capturing leads by
digital marketing strategies

More than 2,260 customers
in Brazil, which results in
thousands controlled assets

Counting on a software and engineering capacity, Quatenus is capable at the final delivery to the customer, even in complex projects. We have support 24 hours a day, 7 days a week, and a large network of service providers all over Brazil. Nowadays, there are more than 274 technical and commercial partners responsible for the installations in national territory, with no need of in-situ implantation. The customers are located in 318 cities in the country.

Operations in 365 days a year

Technical and
commercial partners in Brazil

No need of in-situ
implantation at the customer 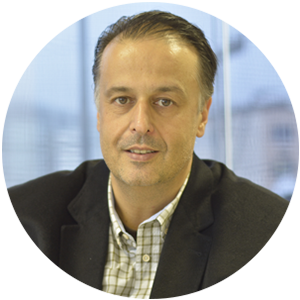 CEO of Quatenus in Brazil
Luís Nobre graduated in Electrotechnical and Computer Engineering at the Technical Superior Institute of Lisbon (Portugal) and was a professor at Superior School of Business Science of the Polytechnic Institute of Setubal. He is MBA in Information Management at the Portuguese Catholic University and runs companies since 1988.

In 2011, when Quatenus started in Brazil, he took over the presidency and has been leading the team, which makes the company reference in terms of technology in the segment of asset geolocalization worldwide. He cultivates family and business, and he is committed to leverage even more in an exponential way the business over the coming years. 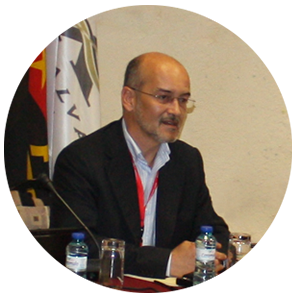 Director
Fernando Santos is a civil engineer and MBA in Information Management. Visionary and CEO of the International Quatenus Group (already in four continents–Europe, America, Asia and Africa), since 1990 he runs many other companies, mainly in Europe and Africa.

Model manager and leader in economically sustainable business in the past decades, he maintains the ethic and the professionalism in work relationship. 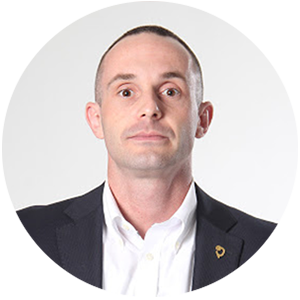 Administrator and Marketing manager
Ricardo Dalbosco, from Santa Catarina, Brazil, is MBA in Business Management at the Getulio Vargas Foundation (FGV), master’s candidate in Design focused on Services and ex-military police. He is son of a military officer from the Brazilian army (from where he got his discipline and voracity in undertaken tasks) and of a sales clerk (from where he got his concern with customer care excellence). He was an intern in the United States, at National Oceanic and Atmospheric Administration (NOAA), organization that is part of the United States Department of Commerce, and he also worked in Montana (2004-2005) and in Hawaii (2005-2006), both north-American states.

He won two best student awards and received two mentions of thanks from the Military Police, because his efforts for Military Police Intelligence activities, after returning from his job in Africa together with Quatenus for public homeland security improvement. He also worked at the Brazilian Institute of the Environment and Renewable Natural Resources (IBAMA) and was an intern at National Institute of Space Research (INPE), in São José dos Campos (SP), Brazil, an institute dedicated to research and space exploration.

For the SINFIC Group, he managed for three years the sector of Natural Resources and Risk Zones of the Urbanization Plans and Municipal Masterplans in Angola (Africa), in the post-Civil War period, and for the same group in 2011 he took up the management of Quatenus in Brazil. Dalbosco was the producer and anchor of Segurança em Debate program, on the TV and radio, in three communication means, reaching over one million of people a week.

Dalbosco has a Practitioner degree and a Master in Neuro-Linguistic Programming (NLP). He is also a lecturer in themes related to technologies in security segment and fleet management. He has a certification of Fleet Management, internationally recognized by National Association of Fleet Administrators (NAFA), of the United States, the most respected international institution worldwide about the topic. 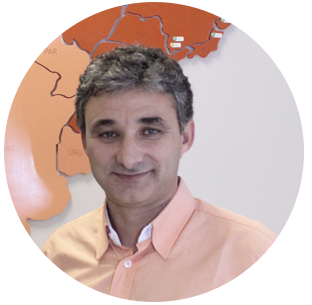 Director
José Luís Pereira is graduated in Business Management at the Lisbon University Institute (ISCTE) and has a certification in Business Direction Program (BDP) at the AESE Business School. He was a director at Luís Simões Logística Integrada S.A. for 15 years in Portugal (Europe), and in 2005, he took up the management of SINFIC Group, with activities also in Africa. At this moment, he manages the financial sector of many companies focused on technology, agribusiness, construction and real estate in Portugal, Spain and Angola. 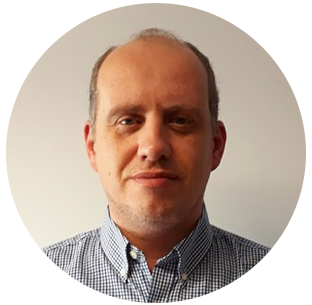 Administrator
João Pedro Alexandre is the technology leader at Quatenus at an international level, with an amazing ability to lead software development teams. João has assisted business all around the world, where Quatenus customers have reached average gains of 35% in staff productivity, and reduction on gas costs, maintenance and detours of 40%, thanks for the implantation of a tracing and fleet management platform at the companies. João is graduated in Information System Management at the Atlantic University, in Oeiras, Portugal, and MBA in Business Management at the Economy and Management Superior Institute (ISEG), in Lisbon. 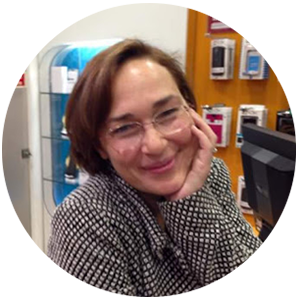 Director
Nina Santos is graduated at the Economy and Management Superior Institute (ISEG), in Lisbon, the first college in Portugal in the areas of economy and management. The institute has more than 100 years of history and is part of the largest Portuguese university, the University of Lisbon.

They are talking about us :) 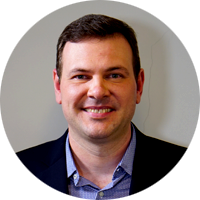 With the coming of Quatenus, we also changed our point of view about this kind of activity. We started to establish routes, customer service points, areas of interests, things oriented by the system. 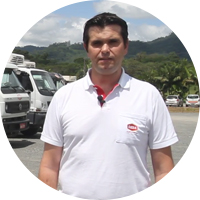 Quatenus technology has come to help us. Tracked fleet is a synonym for security. You are not blind and are capable of taking assertive decisions in order to avoid a problem.

Thousands of customers, including

Have your doubts solved here

Is Quatenus a startup?
Where will Quatenus be in five years?
How was Quatenus created?
What solutions do you have on the market?
How do you grow so fast?

Is Quatenus a startup?

We are not a startup! We have our own technology, being capable of assisting projects of large dimensions and complexities, as well as we count on a team (which makes us proud) with business maturity and in operation worldwide.

Where will Quatenus be in five years?

Not in five years, but in three years we are going to be national reference in terms of telemetry and asset management (including fleets, machines and objects), achieving big bills and complex projects thanks to our technical capacity and operational competence in execution and delivery.

How was Quatenus created?

Quatenus was created because we detected a necessity of reducing logistic costs in our own fleet in projects we worked on in Angola (Africa) and Portugal (Europe). The problem on operational control was gigantic, as well as in the staff management in field work, in which there were a lot of detours and personal use of the vehicles in the business hours.
When we hired a company recognized as reference in the market, around 2009, we were disappointed with the executed services, in both operational and technology level. Then, we have decided to develop our own solution on fleet and asset management (machines, equipment, cellphones, loads…), which, besides helped us drastically reduce costs and risks, drew the market’s attention because of the effectiveness of the solution. We have started our trip with the creation of Quatenus software and its expansion for four continents, in a successful journey.

What solutions do you have on the market?

Quatenus has solutions not only for fleet tracing and management, but also for advanced telemetry for asset control. It doesn’t matter what you want to monitor. Nowadays, Quatenus software handles multi-assets from the most different market sectors, generating information in real time for the manager, in order to make him/her take the most assertive decisions.
Besides solutions for the conventional B2C and B2B markets, Quatenus has developed corporative projects through its own unit of software intelligence, being able to solve complex problems in big companies. Performing telemetry from the production machines until stock control through Bluetooth tags (the first company in Brazil that created this solution and already with reference-customers in Europe), we have clear solutions and years ahead on market differentiation, being a certain barrier for new competing companies entry.

How do you grow so fast?

SaaS business model, recurrent gain, B2B focus, and a lot, a lot of technical capacity and competence in final delivery of the solution and value to the customer.

Have all the doubts solved